Deprecated: __autoload() is deprecated, use spl_autoload_register() instead in /home/jbrown2772/public_html/wp-includes/compat.php on line 502

Deprecated: Methods with the same name as their class will not be constructors in a future version of PHP; music_store_tpleng has a deprecated constructor in /home/jbrown2772/public_html/wp-content/plugins/music-store/ms-core/tpleng.class.php on line 43
 Trinity Dawson Music Bio – TDM 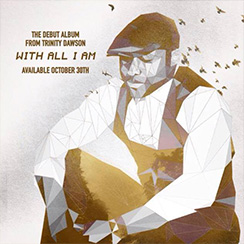 WITH ALL I AM

Pursuit, Passion, Purpose, Promise; four words that have shaped Trinity, making him the man he is today. 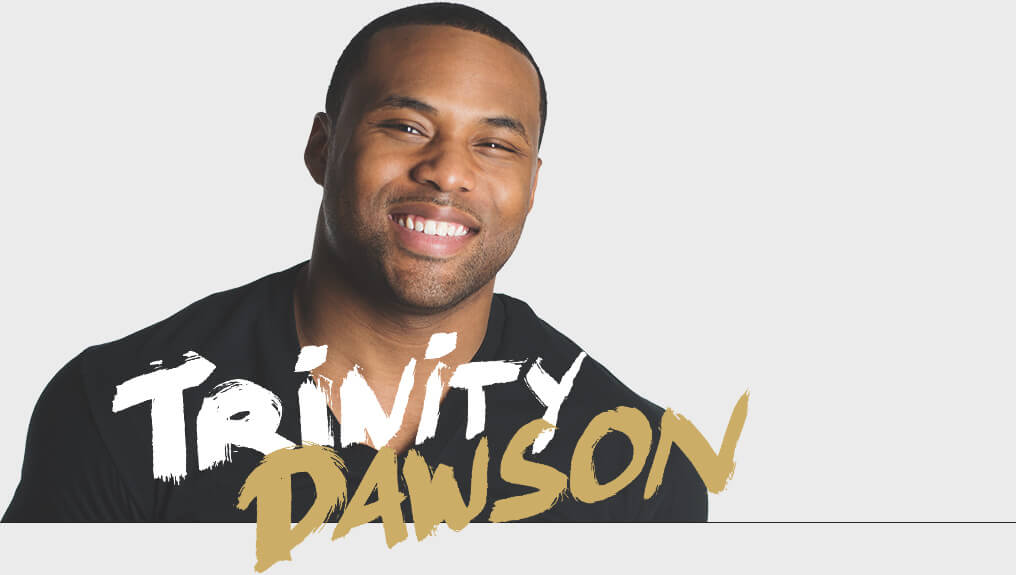 Pursuit, Passion, Purpose, Promise; four words that have shaped Trinity, making him the man he is today.

Trinity Dawson is a spiritually centered, socially conscious artist who aspires to encourage people through song, and to please God in the process. Born in Tulsa, Oklahoma, Trinity grew up in church, and comes from a family with a rich spiritual heritage of ministers, musicians and singers. Although born in Tulsa, Trinity spent his formative years in Detroit, where he built a strong spiritual foundation as he discovered God to be a Provider, Protector and Source of Purpose. Upon this foundation he dedicated his life to Christ, as his pursuit to discover and fulfill that plan began.

As his quest for God’s purpose continued, all roads seemed to lead toward football. He discovered, at an early age, that he was gifted in that area. He excelled on the field and was awarded a full scholarship to play Division I football for the University of Toledo where he was the starting running back each year of his college career. Despite suffering a serious hip injury his junior year of college, Trinity graduated from Toledo, ranking 3rd in the school’s history for rushing yards. A professional career in football seemed certain. ESPN correspondents agreed; draft scouting reports confirmed; it was apparent, Trinity was NFL-bound. Unfortunately, the hip injury Trinity suffered junior year proved degenerative, and the doors to the NFL were shut. Football was no longer an option and now a renewed search for self-discovery commenced.

“With all I am, my life is to bring glory to God, allowing Him to be glorified in and through my life.”

Shortly after the door to football closed, Trinity began to write songs. However, not feeling quite secure in his gift, he did not perceive God leading him in that direction. Instead, the door to a prominent business career opened. By the age of 27, Trinity had evolved, progressing from a professional development trainee to a national account manager, now, the youngest Director of a publically traded, Fortune 500 company. Trinity has achieved measurable success while in his current position. Nevertheless, he continues to pursue the total fulfillment of God’s purpose and plan for his life.

“Walking with God is a Process.”

Trinity’s pursuit led to the creation of his current album, “With All I Am.” After he and his wife experienced personal tragedy in 2012, Trinity sought answers and guidance from God with how to deal with the pain in his heart. God brought Trinity to the parable of the servants with the talents. He realized then that he had not fully surrendered his talents to the Lord.

Again he sensed his pathway to purpose expanding; this time into a realm he had often been insecure about…music. But when Trinity took a step of faith, God honored his faith and was there with him. As Trinity surrendered his talents, God began to give him a level of creativity that he had never tapped into before; and songs began to pour from his soul, as he cried out to God.

The result was more than the creation of original songs, but musical prayers expressing the commitment Trinity made to surrender to God. His most personal song, “Just Be With Me,” reflects Trinity’s posture of surrender as he recognized that he could not pursue his purpose without God being with him. Songs of thanksgiving and praise like “I’m Grateful” and “You’re All I Need” also poured forth through this experience. Trinity has learned through the process that “purpose is not about what you do…purpose is about who you become. Once you ‘become’ you’ll naturally ‘do’.” Trinity is becoming who God has called him to be; as a result, he is now doing greater works than he ever dreamed.

“When surrendered to God, every aspect of who I am is all for His glory.”

Trinity’s music has a contemporary urban sound that has been influenced by Gospel/Christian artists like The Winans, The Clark Sisters, Israel Houghton, Mercy Me, Fred Hammond, Tye Tribbett, Hillsong United, Kirk Franklin, as well as, R & B artists, John Legend, Stevie Wonder, India Arie, Jill Scott, and Musiq Soulchild. While Trinity never considered music, as his path for life, he is not, by any means, a novice. He has had the honor of singing background for recording artists, such as Kathy Taylor, Ledisi, and Micah Stampley, to mention a few. He has served for several years in the Worship and Arts Ministry at his church, The Fountain of Praise (TFOP), in Houston, Texas, where artists including, Nakitta Foxx, have served as worship leaders. Currently, well-known gospel composer, Kurt Carr, also serves on the leadership team for the music ministry at TFOP.

Trinity Dawson’s hope for his album is to encourage people as they continue their pursuit toward purpose. Trinity truly believes “that living a purposed driven life will give you a level of fulfillment and joy that can only come from being who God created you to be.” Ultimately, his prayer is that people will be able to say, like he does in his title track, “With all that I am, with all that I have, with all that I do, may it please You.” The full album, “With All I Am” is slated for an October 30, 2015 release.

Mufasa’s Pride (the pride of my father) is a divinely inspired community based nonprofit (501c3) organization built to serve adolescent boys. With passion, motivation, determination and a heart for the youth of today; Mufasa’s Pride is designed to educate, encourage, empower, and embrace young urban males through impact sessions and mentorship. Ultimately, Mufasa’s Pride is making “manhood mean more” by bringing out what God has put in. 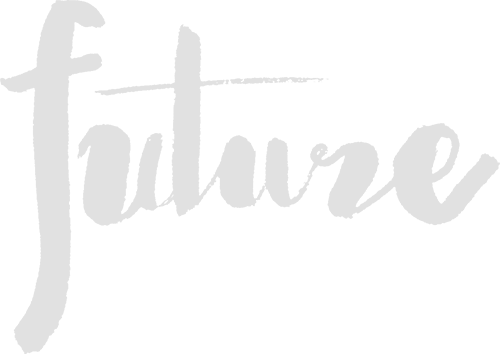